P.M is a 50 years old man who, since 2011, was commuting regularly between Vienna and Bistrița for work.38 On 22 October 2017 he was arrested in Debrecen (Hungary) on the basis of a European arrest warrant issued by Romania on 26th October 2016 (for illegal wood cutting). The day of his arrest, going to Vienna, he was crossing the Hungarian border through Debrecen, when he was stopped by the custom officer who told him that he has problems and is sought by the Romanian authorities. Paradoxically, the Romanian customs officer had just verified his documents and had not told him anything. He spent a night in the Debrecen police arrest and then transferred to Budapest. P.M asked the Hungarian authorities to send him back to Romania, as Oradea was closer than Budapest, but they did not want to do that. Ten days later, on 31 October 2017 he was taken back to Oradea.

The objective of this EU funded research project has been to document how the simplified system of surrender established by the European Arrest Warrant Framework Decision (EAW FD) is implemented in practice. The focus has been on four member states: Lithuania, Poland, Spain and Romania which were chosen because they issued among the top ten highest numbers of EAWs between 2007 and 2009.
The European Commission, the European Parliament, certain Member States and civil society have recognised that the main problems relate to: disproportionate use of EAWs, excessive and unjustified use of pre-trial detention and the failure of issuing states adequately to protect human rights.
Member States have responded to these problems by adopting different approaches to implementation, while judges in executing states increasingly face the dilemma of the proper relationship between the principle of mutual recognition and a commitment to fundamental rights and other principles of EU law. After decisions to surrender are made, judges and lawyers in the executing state do not generally monitor what follows, including whether assurances (where given) are upheld, whether fundamental rights are enjoyed and whether the outcome confirms that the EAW was the right instrument to have used.

The present report, a case study on Romania, fills a gap in the information available about EAW implementation and its relationship with the Roadmap Directives. Through the case studies monitored it gives and overview on the ability of persons requested and surrendered pursuant to an accusation EAW to enjoy their fundamental rights during the surrender procedure and also following surrender.

During October-November 2017 APADOR-CH representatives interviewed 20 convicted persons: 19 of them were executing a sentence and were surrendered to Romania on the basis of a European arrest warrant (EAW) and another one surrendered to Italy for trafficking. The interviews took place in the Rahova (Bucharest), Oradea, Timișoara and Târgșor penitentiaries. 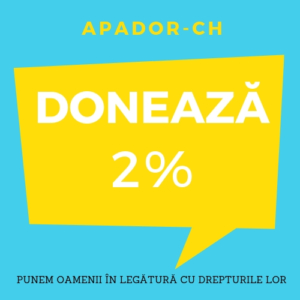